A husband & wife team proving two brains are more creative than one! 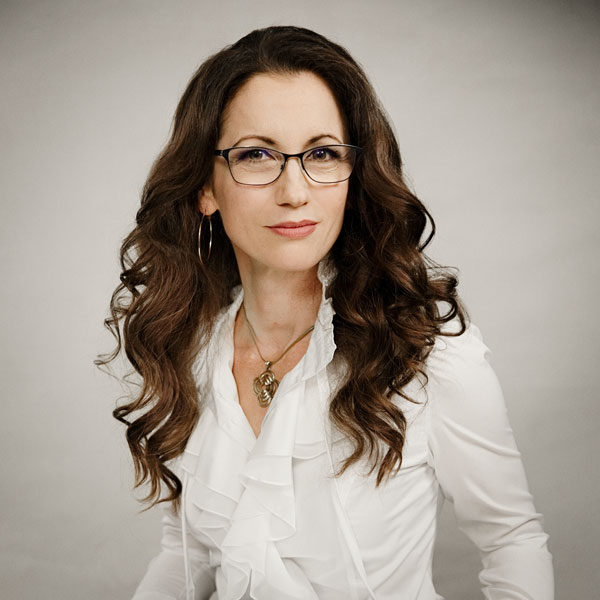 
Nicole was born and raised in North Hollywood, California and earned her bachelors in Visual Arts from Brigham Young University in 1998. She minored in Advertising and served as the president of the BYU Advertising Federation her Junior year. She met Gabe at BYU and they decided to join forces both personally and professionally.

Nicole offers a complete package for visual design from logo/branding to printed marketing materials to online strategic design. Her knowledge and talent for using the universal principles of design also spans her commercial photography, contemporary portrait photography and promotional videography. Nicole is able to use established creative objectives through all these platforms to create a powerfully cohesive visual presence for her clients.

Nicole is a busy mom of six children and appreciates working from a home studio with Gabe. Her work and hobbies overlap as she enjoys horse-back riding, portrait photography, fashion design and construction, videography, sound recording and pretty much anything creative, She serves on the Volunteer Advisory Committee at the John Volken Academy Ranch and as a member of the Cowgirls Historical Foundation.


Gabe Bonilla grew up in Huntington Beach, California. Gabe remembers doodling through most of his early education. His doodling, combined with raw natural artistic talent, began to receive recognition from his peers and academic institutions. He went on to study art and design at Ricks College in Rexburg, Idaho. He continued on to Brigham Young University and earned a bachelor of fine arts in illustration during which time he received several talent awards.

After graduating, Gabe was hired as a graphic designer at a design firm in Orange County, California. Several years later, he joined forces with his wife, Nicole Bonilla, to work for Bonilla Design full-time.

Gabe is unique in his achievements in illustration and graphic design. His illustration abilities and creativity find their way in to his designs resulting in clever and expressive executions. He has maintained his love for paint and other related mediums and loves to use a paint brush as much if not more than a mouse.

In his free time, Gabe enjoys anything in the outdoors. Sleeping under the stars, hiking a new trail, or shooting a few targets. He also enjoys volunteering at his children’s elementary school and teaching their Art Masterpiece Series. The teachers, parents, and students are always blown away at his knowledge of art history and his uncanny ability to patiently teach young students how to create their own versions of the masters’ works of art.